Jalopnik has the crazy, and crazy insane, story of Ed Bolian, who went cross-continent in 28 hours and 50 minutes, shattering the old coast-to-coast record by 2 hours. Reserve fuel tanks, radar detectors (multiple) and radar jamming, GPS, lead cars…. over 2,800 miles with an *average* speed of 98 mph in a Mercedes CS55. Max speed was 158 and his moving average was 100 mph; he got stuck in Manhattan traffic on a Saturday night. But they still made St. freaking Louis before sun-up.

Unfortunately, WordPress won’t let me embed video without giving them a kidney, so you’ll have to click through to watch the short documentary. It is worth it.

With worries mounting over what could happen if a candidate for President tries to de-legitimize the results (anywhere from bad to very bad) comes a reminder that brutal campaigns don’t have to endanger our Republic.

The 1992 campaign where Bill Clinton unseated incumbent President George H.W. Bush was nasty. They all are, to a greater or lesser extent. Clinton was a philandering liar and Bush was an out-of-touch old man who broke his promises, at least if you went by the attacks. But when it was over, it was over.

On January 20th, 1993, H.W. left this letter in the desk Bill Clinton would occupy in a few hours. Bush willingly walked away from being the most powerful man on the planet, because the voters told him to, and he respected the will of the voters.

“You will be our President when you read this note. I wish you well. I wish your family well. Your success is now our country’s success. And I am rooting hard for you. Good luck – George.”

For 219 years, we’ve survived because we respect the idea of a peaceful transition of power. No military in the streets, no riots. Even in 2000, when the election was decided by the Supreme Court, Al Gore defied the will of his most ardent supporters and accepted the rule of law and conceded the presidency to his bitter rival, George W. Bush, H.W.’s son.

Can we keep it going? 2016 might put the greatest strain on our fragile democratic experiment yet.

Roger Stone, one-time Trump aide, current confidant and sporter of a Nixon tattoo across his back, offered the following in an interview with Breitbart:

“Trump needs to say for example: ‘I am leading in Florida. The polls all show it. If I lose Florida, we will know that there’s voter fraud. If there’s voter fraud, this election will be illegitimate, the election of the winner will be illegitimate, we will have a constitutional crisis, widespread civil disobedience, and the government will no longer be the government.’ I think he’s gotta put them on notice that their inauguration will be a … bloodbath. The government will be shut down if they attempt to steal this and swear Hillary in. No, we will not stand for it. We will not stand for it.” (via Politico)

I’m going to relaunch this site as an aggregator for stories that you should probably read. Politics, longform pieces, cultural stuff and other weird things I’ve come upon.

Let’s start with this… Non-timewasting timewasters.

A great video, very dryly funny in that Canadian ‘I’m kidding but I’m not’ way about the physics and engineering of the Speed Kills myth. (link)

Non-relevant relevant quote: “I’ll assume this isn’t a fart joke or a Hitler reference, but with the Germans you’re never quite sure”.

Anyone who thinks data isn’t important isn’t looking in the right place. Fivethirtyeight.com, founded by stats guru Nate Silver and usually known for being very accurate in election calls, has put data to a new use: answering science questions from toddlers.

Today’s question: How big is a fart?

In the mood to be depressed? Here’s a truth-bomb down your chimney. tl/dr: we’re all problematic, at best.

The Dark Side of Thomas Jefferson – not exactly the benevolent slaveholder

Your legal guide to getting arrested

Why might you get arrested? Because your kids left pot brownies in your car and you thought you were stealing their snacks and ate four. (via 538)

An Omaha man ate four brownies that turned out to be pot brownies his kid left in the back of the car. According to a report in the Omaha World-Herald, the police were called after he started freaking out — understandable after Maureen Dowd-ing — and paramedics said he’d be fine. The man is on record as saying incredibly rude things to his cat before taking a nap. This is the greatest news story ever. [Omaha World-Herald]

If you really need to know where the picture of the exploding sewage truck came from…. (link)

The complaint has been that Pete Carroll (of whom I am no fan) blew the Super Bowl by not handing off to Marshawn Lynch on the fateful 2nd down play that ended up being intercepted.

Second, there are probabilities at play.  Some people are (to paraphrase Cousin Sal) X’s and O’s, and some are “all about the Jim’s and Joe’s”.

Here’s the problem with running on 2nd down:

If you run Lynch on 2nd and he’s stuffed, you have to burn your last Time Out. That effectively takes the run off the table for 3rd and (if there’s time) 4th down. It cuts your options, and the NE defense would know this.

By saving the TO, it keeps the whole playbook open longer.

Example:
There were 26 seconds left when the ball was snapped on 2nd down. If you run Lynch and he’s stuffed (and he was 1/5 on 1yd goal line runs this season – he’s a Beast, but goal line running is different), you have to call time out to stop the clock.

You then have between 18 and 20 seconds left, but no timeouts on 3rd down; one more run that’s stuffed could end the game. A QB bootleg that doesn’t get in likely ends the game because it eats too much time to line back up

By passing on 2nd, of the 3 possible outcomes, 2 are good: a likely game-winning TD, an incomplete pass (stopping the clock and preserving the TO) or INT. And an incomplete sets up a 3rd down with the entire playbook still an option. You run Lynch on THIRD, and even if he’s stuffed, you STILL have a wide-open playbook on a 4th and goal for the ages.

As the game ended, my issue wasn’t the pass call, but rather the pass call into traffic. I couldn’t believe they didn’t try a fade into the corner for Matthews or Willson across the back at the endline.

As a PS, look at what Russell Wilson saw on that play, via tweet from Rob Guerrera, NBC Sports stats guy – “This is what Wilson saw on the big INT. I would have thrown that, too.”. 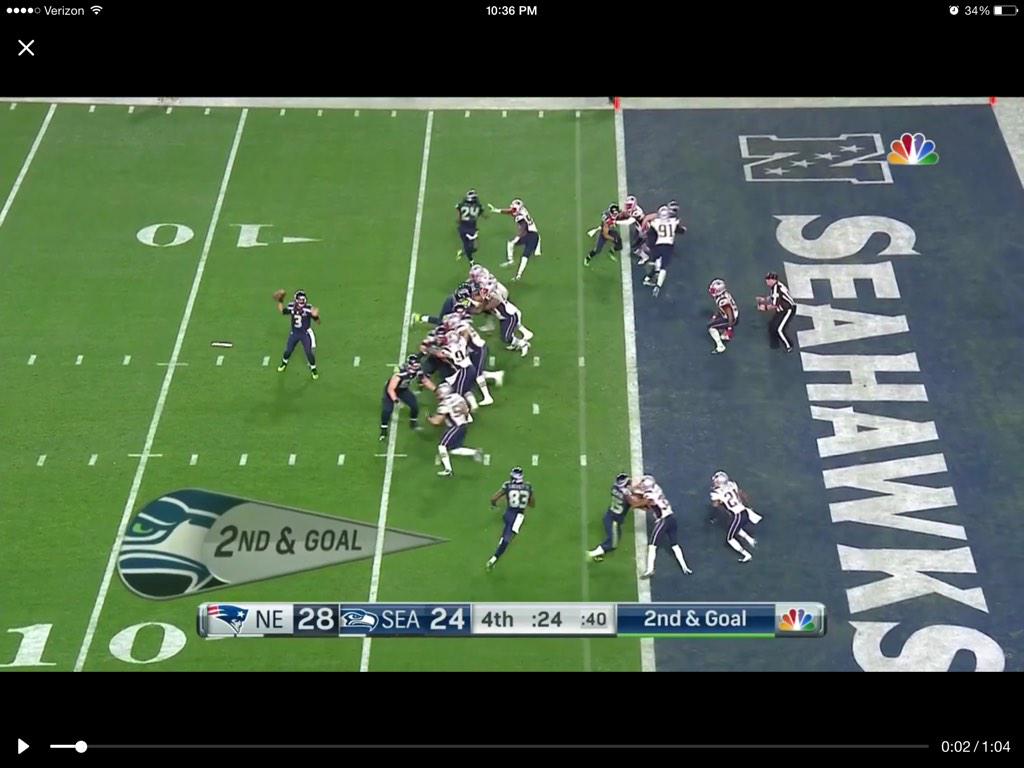 Pro Football Outsiders Aaron Schatz’s conclusion is that Seahawks WR Lockette (#83 above) blew it by not making a more aggressive play on the ball. That play looks like a sure-fire TD.  “I think Lockette blew it. He didn’t get to the spot. And Christopher Price told me after the game, he talked to (Patriots backup QB) Jimmy Garappolo in the locker room and Garappolo told him that the scout team beat Butler with that exact play in practice. So he knew how to read it and he knew what to do. And unlike in practice he did it. ”

If Kearse gets a better jam off the line, he takes out Butler. But he didn’t.  There are lots of “buts” here, but the point is that Wilson got a good look at what he wanted (but he threw it to the outside shoulder, not the inside, where Butler couldn’t have picked it).

You can disagree on the call, but it wasn’t a “bad” call by Darrell Bevel.

I dislike both teams playing on Super Sunday.  I came up with a ratings system to help me with my choices.

Belichick and Carroll are both asshats. – 1 each

But Belichick is an evil genius, whereas Carroll is just slimy. +1 New England

Russell Wilson seems to be a good guy. +1 Seattle

…though, based on his Deflate-gate presser, he might lose a game of Jeopardy! to a red Solo cup -0.5 New England

… only because Jimi Hendrix, who was from Seattle, is dead -1 Seattle

Queen wasn’t at the AFC Championship in New England, singing “Under Pressure(d)” [think about it] -1 New England

The Legion of Boom shtick is getting way old -1 Seattle

Belichick might have rigged Deflate-gate as a ‘they don’t respect us’ distraction -0.5 New England

…if he did, that’s some next-level shit-stirring +1.5 New England (conditional)

Read the notes left for Shane by management. Brilliant. 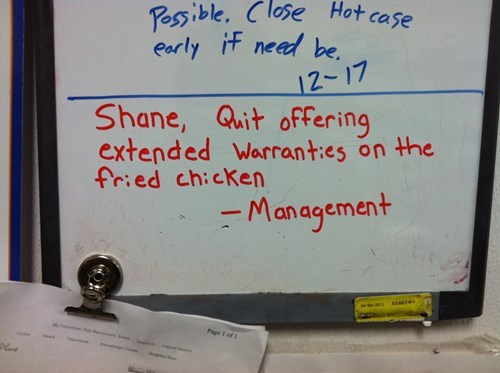 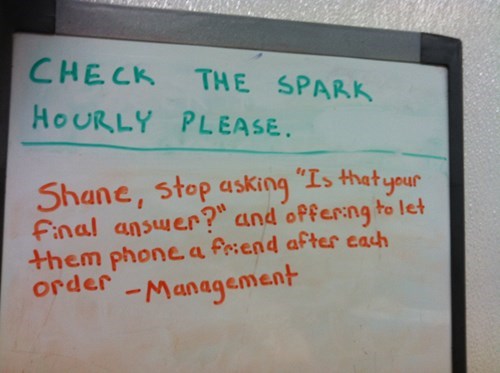 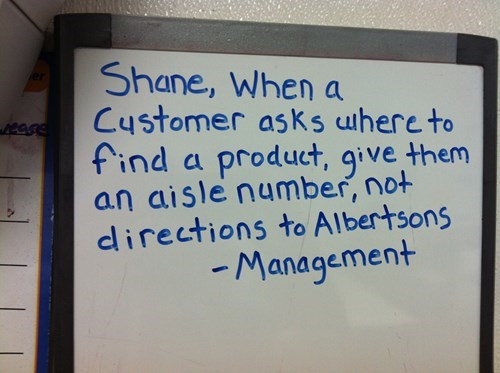 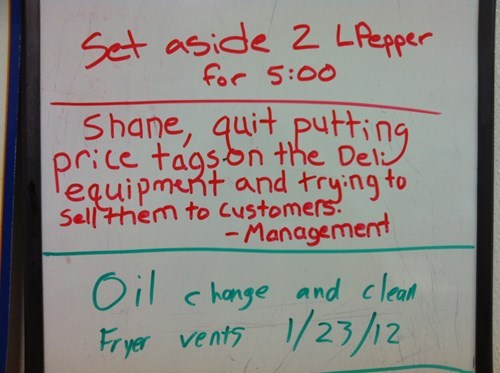 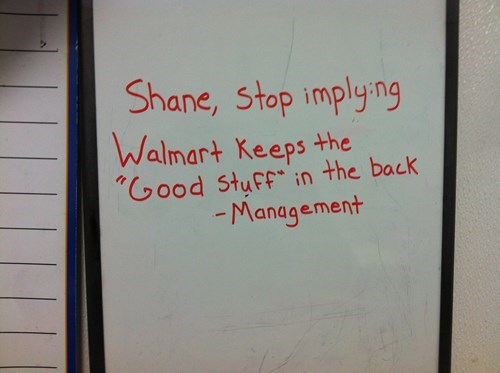 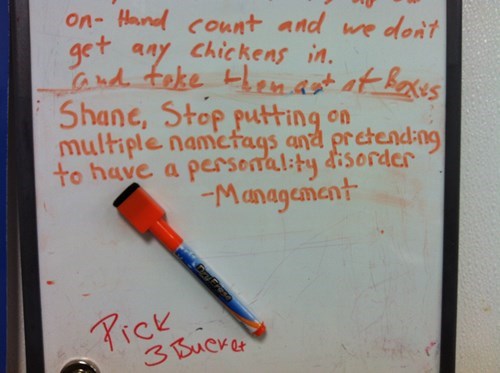 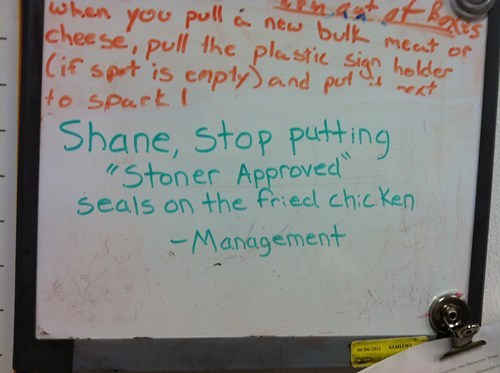 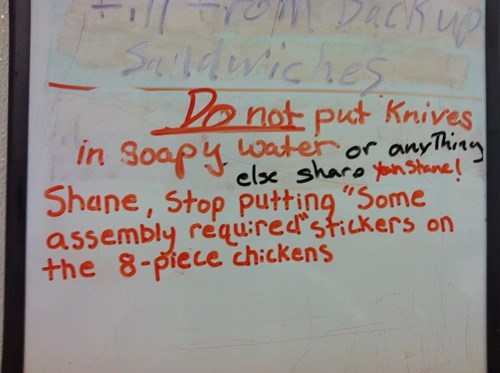 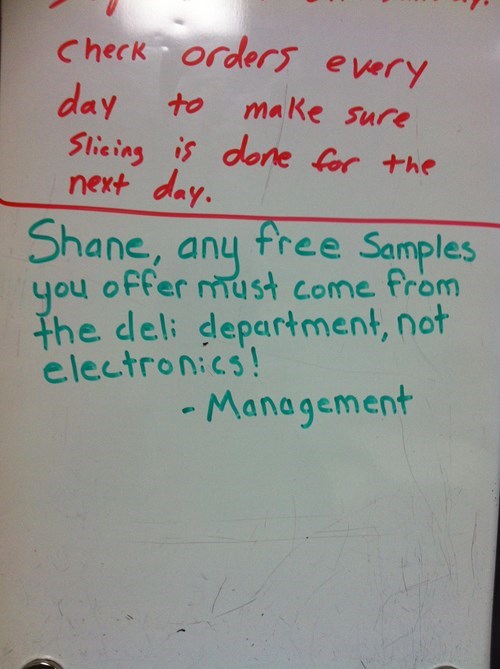 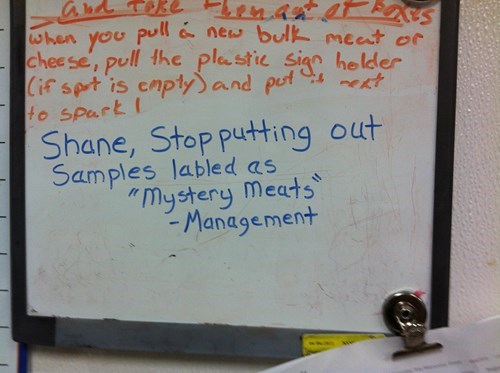 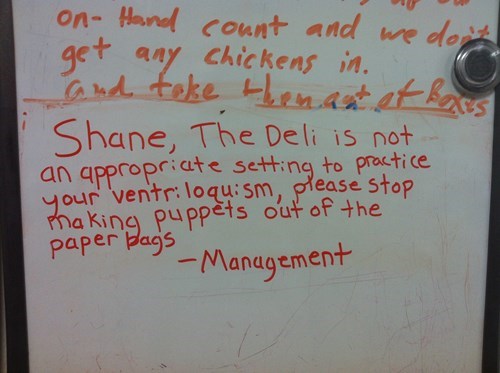 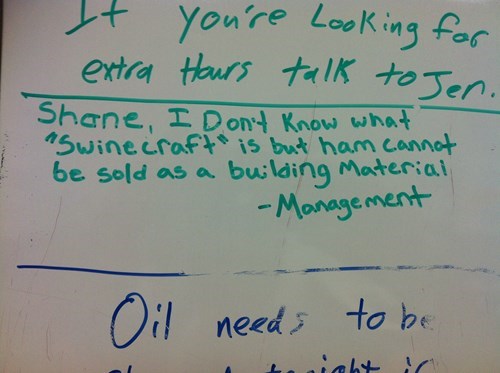 A guy working on his home in the desert, with only his dog for company, begins to experience strange phenomena. When he blacks out, all he has is 9 minutes of cell phone video.

Error: Twitter did not respond. Please wait a few minutes and refresh this page.